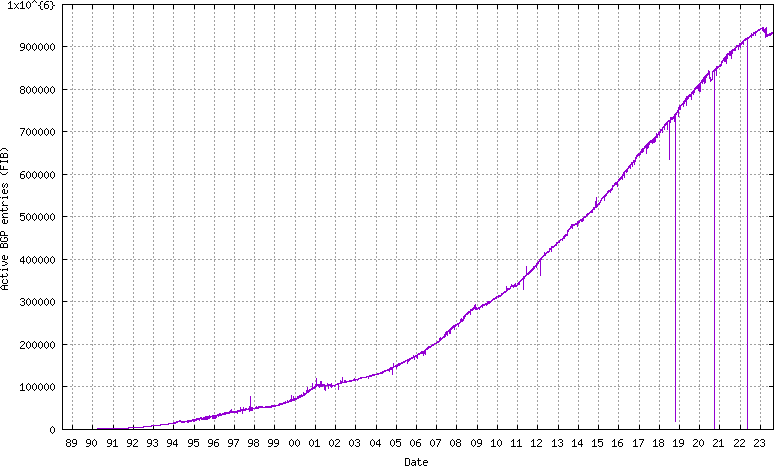 Examines those updates that involved a change of AS Path and breaks this down into five categories:

BGP data obtained from the boundary of AS65000