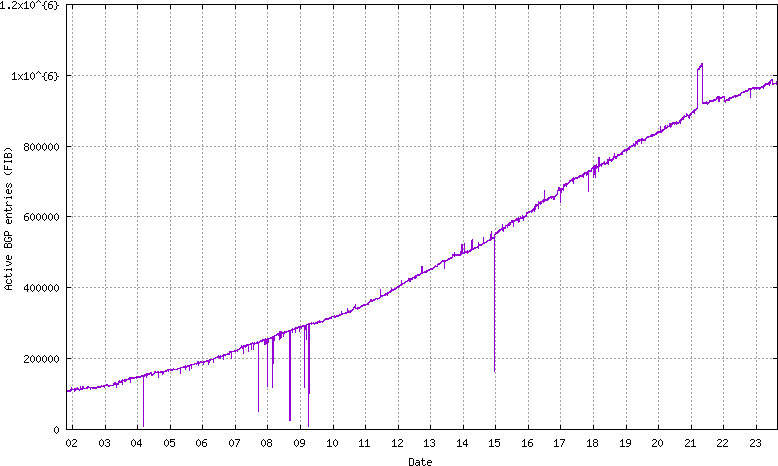 BGP data obtained from the boundary of AS6447